All You Need to Know About OnePlus 7 Pro: Specs, Release Date, Software Updates, Cameras, And More 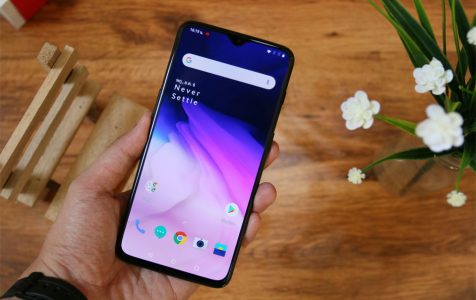 OnePlus has caused a bit of a stir with its all-new flagship, OnePlus 7 Pro. It’s their most ambitious smartphone yet, so it sits above the OnePlus 6T in the pecking order. This company has massively grown its user base over the last few years. Its best moment, of course, is when it enters the US through its partnership with T-Mobile. As with the OnePlus 6T, T-Mobile will remain the exclusive carrier for the new model.

By launching the 7 Pro, OnePlus has taken a big step to compete with other high-end Android flagship makers. The 7 Pro is an upgrade to last year’s OnePlus 6T. Besides the grand unveiling of its ultra-premium flagship smartphone, the Shenzhen-based phone maker also released the OnePlus 7, becoming the first time in its history to release two top-end phones at the same time.

Most tech enthusiasts likened the announcement of the OnePlus 7 Pro to Apple’s launch events, where customers usually show up hours and, sometimes, days ahead of time to be the first to sample the new phones. While OnePlus doesn’t have nearly as much recognition as Apple, Samsung, or Google in the US, it is not shying away from exciting its fans with the new release. Ever since it debuted with the OnePlus 1, the company focus has been to create flagship smartphones at a consumer-friendly price.

The latest addition has a few surprises hidden behind a stunning all-screen front. OnePlus added some features that Samsung and Apple aren’t giving you in 2019. The OnePlus 7 Pro stands out in the following areas:

If you are in the market for a new smartphone, we have put together all you need to know about the OnePlus 7 Pro, be it specs, software updates, battery life, pricing, and so on.

OnePlus released the 7 Pro on May 14 in New York City, but it will not make it available for purchase until May 17. Nevertheless, customers who wish to get an early crack at OnePlus’ premium phone can do so between May 14th and May 15th. Keep in mind that the new smartphone is limited to T-Mobile Signature Store Takeover Events in San Francisco, New York, Las Vegas, Miami, Santa Monica, and Chicago.

For UK customers, the company plans to make it available for purchase on May 21. OnePlus is holding a UK pop-up event on May 17 at the John Lewis store in London.

One of the upgrades that came with the new model is a large 4,000 mAh battery that has the same Warp Charge charging system as the 6T. However, the faster refresh rate and high-resolution display seem to have counteracted the new battery, so the OnePlus 7 Pro battery life is still below that of other premium models. Early testers found out that the 7 Pro can last for about 9 hours 30 minutes. Since the 7 pro has almost similar specs as the 6T, expect its battery to last just like the earlier model.

This year, things are a bit different. Being the most striking phone that OnePlus has ever released, the OnePlus 7 Pro price will be up by nearly $100 than its forerunner 6T. But it still costs less than other premium phones.

OnePlus hasn’t revealed prices for some OnePlus 7 Pro variants, but expect the entry model to cost about $669. You are likely to spend more on higher storage variants. The 12 GB RAM/256 storage starts at $749. Pricing for the OnePlus 7 Pro entry model in Europe will start at 709 Euros.

Each year, OnePlus outfits its new phones with the latest specs. The OnePlus 7 Pro is no different. The new model features a 4,000 mAh battery, up to 12GB RAM, and a Snapdragon 855. Here are other highlights of the OnePlus 7 Pro specifications:

In the past, buying a OnePlus smartphone meant sacrificing on the camera, especially when you compare it with other high-end rivals. However, the OnePlus 7 Pro is likely to change this situation. The good news is that the new premium smartphone has done well in torture testing.

On top of this, the new phone is outfitted with a triple-lens rear camera. The 48MP Sony IMX586 sensor is the main camera sensor, and it stands between two mid-range sensors. This sensor is 34.8 percent larger than OnePlus 6T’s sensor. It has an f/1.6 aperture for better low light performance.

The top camera sensor is a 16MP ultra wide-angle lens with an f/2.2 aperture, while the bottom sensor is an 8MP telephoto camera.

No one will deny that software is one of the outstanding elements of OnePlus devices. So, it is a bit shame that the company maintained the status quo this time. While launching the 7 Pro, OnePlus promised two years of software updates. Ironically, the OnePlus 3T got over two years of major updates, which raises eyebrows over OnePlus’ intentions with the new model. The only relief is that the company confirms three years of security updates.

The OnePlus 7 Pro is full of surprises that hide behind a gorgeous glass body. The optical fingerprint sensor has undergone some upgrades since the OnePlus 6T. The face unlock feature has also seen a lot of improvements; it takes about 0.65 seconds to unlock. However, things are a bit muted when it comes to software upgrades. In addition to this, some OnePlus avid users are a bit disappointed with the absence of a headphone jack adapter on this model. Nonetheless, the OnePlus 7 Pro has some new features, which include screen recording for recording on-screen video and audio, Night Mode 2.0, and Zen Mode that can deactivate everything on the phone except photos and emergency calls.

Perhaps the main attraction with the new phone is its 6.5-inches display with curved sides just like the Samsung S series. Besides this, the phone looks good in all colors, be it Almond, Nebula Blue or Mirror Gray. We found that it sits right along with other high-end smartphones on the market. If you are planning to buy one, make sure to improve the performance and extend the battery life of your OnePlus 7 Pro with a free, all-in-one cleaner, booster, battery saver & VPN.