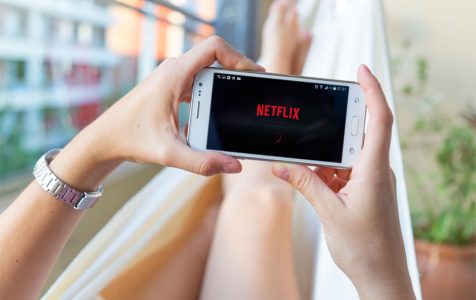 The ability of mobile applications to run in the background may come as a relief to most Android users. As you know, it is a real pain to have to reload your apps every time you want to use them.

But it is also not a secret that some Android apps drain your battery. These apps are always using motion sensors and pinging on the Internet even when you are not using them, thus sucking your phone’s battery life. While most apps do this, one of them is far worse than others: Netflix.

So, if you have been experiencing the battery drainage issue, then the culprit might be Netflix.

Background apps may have improved in terms of user experience, but the convenience comes at a cost. But you may ask why Netflix? Well, there are several proofs that Netflix is to blame:

The battery drainage issue seems to affect devices running Android version 6.0.1. Some people may see it as a minor issue, but the data from Google’s distribution dashboard shows that about 17% of Android device users are still running Marshmallow on their phones. That is a lot of phones considering that over 80% of all smartphones sold to end users are Android-based phones.

The root cause of the battery drainage problem is a ProccessManager threat that continually runs processes in the CPU, thus draining a constant 300mA of current. Interestingly, the bug continues running in the background even after users close the Netflix app.

Fortunately, there is an effortless way to resolve this energy bug. Mobile Enerlytics raised the issue with Netflix. The streaming service provider acknowledged the shortcoming and promised to fix it in a future version. True to their words, the latest version 7.8.0 comes without the bug. So, you should update the Netflix app if you’re having Android battery issues.

What to Do to Extend Your Phone’s Battery Life?

Now that you know the culprit, your next course of action should be to update Netflix to lengthen phone’s battery life. Thankfully, Netflix was quick in addressing the battery drainage issue. Update to version 7.8.0 or later to resolve the problem.

Another alternative solution is to upgrade to a smartphone that runs the latest Android version. The battery drainage issue only affects gadgets running Android version 6.0.1. Who knows, the issue may crop up on your phone even after updating the Netflix app.

Solution 2: Lengthen Your Phone’s Battery Life with a Booster

While you can make your Android phone last longer by updating Netflix, there could be other apps that also consume significant power while running in the background. Besides this, it can be difficult to extend your phone’s battery since most battery saver measures are manual. Therefore, a comprehensive solution is to use an intuitive booster toolkit to extend your battery life. We strongly recommend that you use Android cleaning tool because of its decent features. It will help you control alarms, apps, and other battery-draining services.

Use your phone in battery save mode: This may seem like a no-brainer, but if you haven’t started doing that, you will appreciate how this built-in feature can extend your battery life. Android has an automatic battery-saving mode that kicks in when your phone’s battery hit a certain percentage, usually 15%. In this mode, your phone will do things, such as stop automatic app updates in the background, dim the screen, and stops some apps using data. Please follow this process to activate the battery-saving mode in Android:

Besides the battery-saver mode, you can also activate the low-power mode. Your phone will still let you use most of the apps. One of the biggest power drains is powering your phone’s screen. Using a low-power mode will, therefore, dim the brightness on your phone to save on power. Unfortunately, streaming video requires your screen to be on continuously, your graphics processors to decode video, and your phone to remain actively connected into the Internet (another notable battery sucker). So, you should use location and video streaming apps on a limited basis.

One of the biggest issues that most phone users complain about is battery drainage. For some people, making it through a single day can be a challenge. It is even worse now that apps can run automatically in the background. Thankfully, we now know the real battery sucker. So, if you can’t avoid streaming videos, update Netflix to lengthen phone’s battery life.

Do you know of any other battery-hogging app? Please share it with us in the comments.