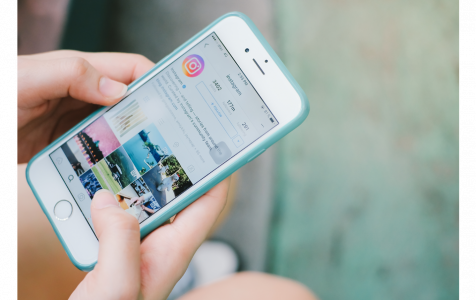 Instagram is one of the most popular social media platforms today, with more than 1 billion monthly active users. This makes Instagram the third biggest platform, trailing after WhatsApp and Facebook. More than 500 million users are using the platform and uploading more than 100 million photos every day. It is the second most engaged social media network after Facebook.

However, Instagram is also a popular platform for online bullying. Posting a selfie or a simple picture can trigger cyberbullies. And it doesn’t matter what your age or skin color is. People will post mean comments or send harassing messages just for the fun of it. Cyberbullying creates a toxic environment and this trend has caused a lot of users to quit social media, including celebrities.

We know bullying is a challenge many face, particularly young people. We are committed to leading the industry in the fight against online bullying, and we are rethinking the whole experience of Instagram to meet that commitment.

As part of Instagram’s “war on bullying”, Instagram has anti-bullying features designed to minimize hurtful comments and identify bullies. Instagram aims to stop online bullying with the new features called Comment Warning and Restrict. This article will discuss what how each feature works and how they can help stop cyber bullying.

The first feature can supposedly detect offensive or borderline comments while being typed by the user. It is like a cyberbullying filter that detects specific words considered as offensive or hurtful. Once detected, Instagram then prompts the user to reconsider before the comment is posted.

According to Instagram head Adam Mosseri, the tests revealed that the feature has encouraged some users to reconsider their comment and share something less hurtful instead. The warning provides users a chance to reflect on their comment and hopefully change their minds.

Instagram has been working towards this kind of feature for a long time. In the summer of 2016, Instagram created the first comment and emoji filter to help celebrity Taylor Swift deal with cyberbullies. The filter allowed Taylor Swift to remove snake emojis from comments on her Instagram page. The feature was then launched to the public in September 2016.

Another comment filtering feature was launched in June 2017 designed to automatically remove offensive comments. This was followed by an automated bullying filter in May 2018. In October 2018, Instagram applied machine learning filters to photos and captions.

The second feature, called Restrict, allows Instagram users to identify their bullies without banning them. This is important for teens who have no choice but to interact with users they hate in real life. When you restrict another user’s account, you will be able to review the comments the restricted account is trying to post on your page. You have the option to approve, delete, or leave the comments in a limbo state where only the restricted user can see it.

If you’re familiar with forums, you should recognize this moderation technique as a shadow ban. This technique prevents the user from posting publicly while believing that they are. The idea behind this moderation feature is that the user will eventually give up or leave when his or her comments are getting no getting engagement (because nobody can see them except the user who posted them).

The goal of the Restrict feature is to limit exposure to bullies without banning them. However, bullies can still figure out if their account has been restricted. This is due to the tagging feature embedded in Restrict. Ideally, when someone posts a photo, Instagram usually suggests accounts you can tag based on your previous interactions or engagements. You just need to type the first couple of letters of the username and Instagram fills in the rest for you. If you want to tag someone who has restricted your account, their username won’t show up as Instagram recommendations and you have to type the whole username. So, if you want to see if someone has restricted your account, just try tagging them in one of your photos to confirm.

Social media platforms like Instagram will never be free of bullying. There is no real and long-term solution to teens making each other feel bad on social media because that’s what teenagers are good at: making each other feel bad. However, it is refreshing and encouraging to see Instagram working on preventing online bullying and taking proactive measures against it. These new features have started rolling out in the past few days, but it will probably take some time before we see any tangible results.

Here’s a tip: To make sure the new Instagram features work as they should, optimize your apps using Android cleaning tool. It boosts your device performance so that your apps are working efficiently and smoothly.