Home » Android » How To Use Different Facebook Accounts On An Android

How To Use Different Facebook Accounts On An Android 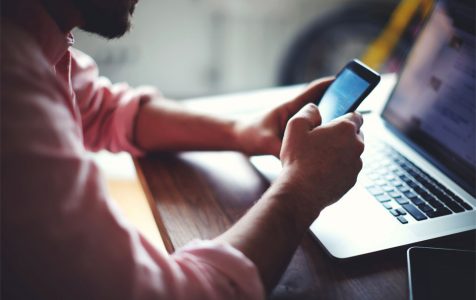 Since its launch, Facebook has undoubtedly taken the world by storm. Many have changed since then. A lot of features have been added and modified, including Facebook Live, Memories, Facebook Adverts, Facebook Groups, Marketplace, and Facebook Messenger, to name a few. Because of its popularity, many try to beat it. However, it seems it can’t take down this social media giant. Despite having lots of rivals, people still choose the ingenuity of Facebook. Perhaps the reason is that whether it’s for personal, professional, facebook ads local business, or corporate use, Facebook has a corresponding feature and functionality we all find useful.

1. Use the Friendcaster app.

One of the easiest ways to run and manage multiple Facebook accounts on Android is to download and install the Friendcaster app. This app notifies you whenever a message is received on any of your accounts or if a friend’s birthday is coming up. To use this app, follow the instructions below:

As the name of the app suggests, Facebook Lite is a lighter version of the Facebook app. With it, you can open two different Facebook accounts on your Android device. Even though it does not take much of your Android device’s space, you can still edit your profile, receive notifications, and share photos on Facebook with it.

The use of Parallel Space is another way to run multiple Facebook accounts on your Android. With this app on your device, you can log into different Facebook accounts at the same time. Its incognito installation feature is what sets it apart from other apps in this list. Follow the steps below to know how to use it:

If you’re looking for an Android app to run all your social media accounts, you can try using 2Face – Multiple Accounts. This fantastic app is created for users who want to access multiple social, messaging, or gaming accounts using a single device. You have to add a sub-account on the app, and that’s it! You can quickly switch between accounts whenever you want to. You can download 2Face – Multiple Accounts from Google Play Store.

App Cloner is, by far, one of the best Android apps out there to create clones for your favorite Android apps. Although it creates clones, the “clone apps” still run independently from their original apps. Since they are only copies of an app, they won’t receive automatic updates. That means you have to keep a stable version of the original app to ensure that the clone still works great.

Cloning apps can be handy for people who want to log into multiple accounts in apps, such as Instagram, Twitter, or Facebook. With App Cloner, one can create another version of a particular app to allow various user logins in one device. If you think that App Cloner is merely for cloning purposes, you’re wrong. You can make modifications to customize the new app clone.

The apps above should help you log into multiple Facebook accounts on Android without having to log out from one and signing in another. Hope you like the methods we shared. By the way, since you’ll use multiple apps to open multiple accounts on your Android device, you might want to start boosting your RAM with Android cleaner tool. This tool closes the apps and other background programs that are slowing down your device. Just said, Android Care helps ensure your device performs at its best anytime, anywhere.