How To Take Screenshot Of Whole Page Using Android 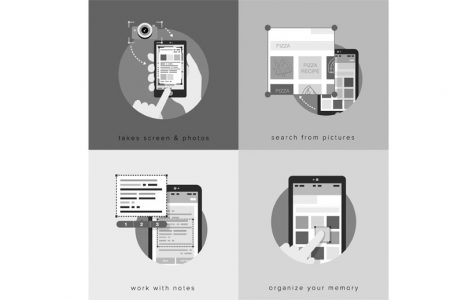 Android screenshots are extremely useful especially when you need to save a recipe you’ve seen on Facebook quickly or when you need to remember a list you’ve seen somewhere. However, useful as they may be, screenshots have limitations. One of these limitations is that you can only capture the above-the-fold screen. For example, you can only capture a part of an article or a webpage, not the whole page. For this, you need to take three to five screenshots just to cover the entire page. It can be very inconvenient, especially if you often deal with web pages or blog articles.

Fortunately, the scroll screenshot or scrolling screenshot was introduced. This allows you to take full page screen capture of a whole page, instead of stitching together a series of screenshots just to cover the entire page. Not all Android phones carry this feature, and as of now, only the latest Huawei and Samsung phones are capable of scroll screenshot. But you don’t need to worry because several third-party apps will help you take full page screen capture. In this article, we’ll discuss how to take an Android screenshot from the top to the bottom of a page, using built-in features and third-party applications.

How to Do Scroll Screenshot on Samsung Devices

This feature was introduced with the release of Note 5 and has improved dramatically with the release of the latest devices. It has been renamed as Scroll capture in Samsung Galaxy S8 and is still present in Galaxy S9. To do a full page screen capture, follow these steps:

How to Do Scroll Screenshot on Huawei Devices

This feature is only available for Huawei Mate 9 and Mate 10 devices. The process of taking scrolling screenshots on a Huawei device is pretty much the same as with Samsung devices.

How to Do Scroll Screenshot on Any Android Device

Unfortunately, not everyone can afford a Galaxy S9 or a Mate 10. So for smartphone users who are using an Android device not equipped with this feature, the only way to do a full-page screenshot is by using third-party apps. Here are some of the favorite apps you can use to take scroll screenshot on any Android device.

This app works just like what the name suggests. It automatically stitches a series of screenshots so that you only have one file. You can take a screenshot of a whole webpage, news articles or even entire conversations. To use the app, take a regular screenshot and then scroll down until only a small part of the ‘first screen’ shows, then take the next screenshot. Repeat this step until you’ve taken a shot of everything you need. Open the app, choose the screenshots you want to stitch, and they will automatically be put together. Then, just tap the green arrow button to save your scroll screenshot.

The app works just like Stitch & Share, except that you need to open the app first before taking your screenshot. Enable Auto capture on the app and choose the screen you want to take a shot. Then, slowly scroll down as the app takes screenshots consecutively. Once done, you will see all the screenshots you’ve taken, and all you have to do is click Join to stitch them all together.

Scroll screenshots make it convenient to share web pages or send them through email because you only need to send one file instead of multiple images. However, make sure you monitor your storage because taking too many screenshots can use up your space very fast. You can also use an app like Android cleaner tool to delete junk files and get back some storage space.