How to Have an Invisible Home Screen for Your Android Device 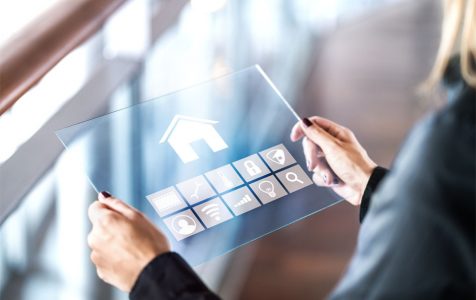 This theme is so easy to set up because it works just like any other wallpaper. Using the invisible home screen is like hiding apps on Android – it could serve as a fun little prank or magic trick to fool your friends.

Setting up the invisible home screen on Android is not a complicated process, and anyone with an Android device can do it. But before you do anything, make sure your device is free from clutter because you want everything to disappear. You can use an app like Android cleaner tool to get rid of unwanted files and boost your device’s performance.

There are two methods in using this theme – you can completely delete the app icons, or you can create gesture launcher shortcuts. The first method, clearing the app icons, is easy to do and is available on most launcher apps that allow custom icons. The second method is a bit difficult to come by, but still doable.

In this article, we’ll teach you how to hide apps on Android using two of the most popular launchers on Google Play Store; Nova Launcher and Action Launcher.

The most critical part of setting up an invisible home screen on Android is to download a blank PNG, which you will use as your home screen icons. You can download your blank PNG here, or you can create your own using any photo editing app. Once you have your blank PNG, you can proceed with the next steps.

If you are using a wallpaper with a lot of design elements, you can use the features to mark where your shortcuts are. However, if you’re using a minimalist wallpaper, you’ll have to rely on your memory to remember the layout of your device’s home screen.

To set up your invisible home screen on Android, you need to delete all the app icons one by one. To do this, follow these steps:

Follow these steps for all the app icons and folder on your home screen. Once you’re done, all you’ll see is your wallpaper. But you don’t have to worry because all the apps are still there, the shortcuts have just turned invisible. Cool!

Here’s how to hide apps on Android and clear your home screen if you’re using Action Launcher.

Now, if you have app labels turned on for your Action Launcher, you need to turn it off because we don’t want anything floating on your device’s home screen. To turn off the app labels, do the following:

Once this is done, all the app labels on your home screen will disappear, and you’re left with nothing else but your wallpaper.

The next step is to set up gesture controls for your home screen to make navigation more manageable for you. To set this up on Nova Launcher, you need to have Nova Launcher Prime, the paid version of the app. It costs $4.99, but the app is worth every penny you spend for it. Nova has 11 gesture controls you can set up for your home screen, but the three most popular are Swipe up, Swipe down, and Double tap.

You can assign any gesture to any app you like or any Nova Launcher task. You can even set up a gesture to directly launch a task like direct dialing or trigger a Tasker task. Once you’ve figured out what gestures you want to use for each app or task, you can set them up by following these steps: