Home » Android » How to Enable Night Mode on Your Android Device

How to Enable Night Mode on Your Android Device 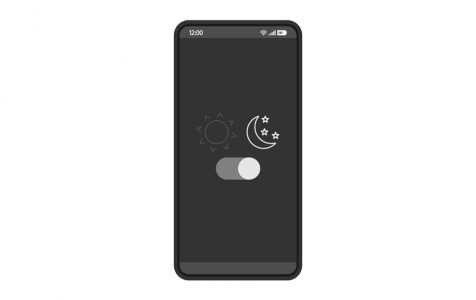 Science has already said it — electronic devices can mess with our sleep. But, let’s get real — these gadgets have become such huge parts of our daily lives that we find it so hard to put them down even when it’s already time to hit the sack. Indeed, too much of anything is bound to have negative outcomes. Then again, who’s to blame? These gadgets allow us to perform various tasks and stay connected, which is why we tend to not notice the time passing by. How many times have you found yourself surprised that it’s already past your bedtime and you’ve spent over an hour lying awake on your bed, scrolling through your social media feeds?

This is a result of two things: the blue light emitted by your gadget and your own habits. While we can’t help you with the latter, we can teach you how to counter the former. Thankfully, there’s what we call Android night mode, which you can activate in different ways depending on the specific device you have. With this feature, you can keep your device from keeping you awake at night — unless you really want or have to.

How Your Gadgets Keep You Awake

There are three ways your phone, tablet, or computer messes with your sleep:

How to Stop Your Android Device From Affecting Your Sleep: Activate Night Mode

Phone and tablet manufacturers, as well as app developers, have been working to help users break their bad nighttime habits. “Night mode” is a feature that gives your screen a red tint to overpower the blue light spectrum, tricking your eyes and brain and telling it to relax.

However, unlike iOS devices that have a single built-in app for night mode (Night Shift), Android devices have varying methods for canceling blue light. In fact, not all Android devices actually have a night mode feature (though of course there’s an app for that). Read on to learn about these different methods.

If you are a true-blue Android fan, you probably own a Google Pixel, which offers the purest Android experience possible. Luckily, Pixel devices come with a night mode feature, Night Light, out of the box. Here are the steps to activate Night Light on your Pixel:

If you happen to sport a Samsung S8, S8+, Note8, S9, or S9+, then you can benefit from its built-in night mode feature called the Blue Light Filter. Activating it is similar to how you would do it on a Pixel. Here are the steps:

By the way, when you turn on Blue Light Filter manually, you can also adjust its Opacity (which is referred to as Intensity in Pixel phones).

For all other Android devices, you’ll need to download a night mode app. Some of the most popular are CF.lumen, f.lux, and Twilight. However, the first two only works on rooted devices, so your best bet is Twilight if your Android is untouched. We suggest trying Twilight first before delving into more advanced apps.

When active, Twilight lets you adjust color temperature, intensity, and screen dim. It also allows setting filter times. You can also set an alarm to remind you that it’s time to sleep and get into night mode.

While you’re at it, we also suggest downloading and installing apps such as Android cleaner tool. These tools take care of your device by cleaning out junk, so other apps like Twilight run smoothly every single time.