How to Downgrade Your Android Phone to a Previous Version 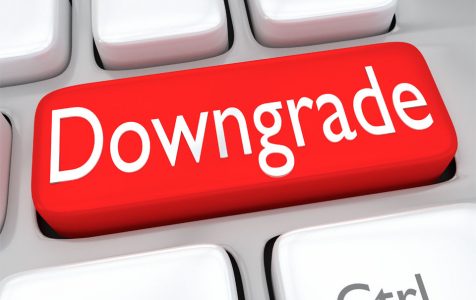 Contents hide
Why Would You Want to Downgrade to an Older Android Version?
Before Anything Else
How to Downgrade Android to the Previous Version
Final Notes
Download PC Repair

Updates. We hear of them all the time since we began using smart devices. Every gadget you use right now that is powered by software needs an update every once in a while to keep it protected from bugs and improve its performance — or at least that’s how the majority were honed to think.

Manufacturers and app developers develop updates with good intentions in mind. However, not everyone finds every update useful or attractive. For instance, you might like the old, no-frills Facebook Messenger more than its latest, feature-packed version. Hey, to each its own, right? And just like how you could install an older Facebook Messenger version, it’s also possible to downgrade the Android version of your device.

Why Would You Want to Downgrade to an Older Android Version?

There are some reasons why one would want to revert Android update on their devices. One scenario would be there’s an app you often use that has not been updated yet to be compatible with the latest Android version. It’s also possible that you have an old device and it couldn’t handle the new Android version well, causing it to lag. Or maybe, you don’t like how the new version feels and functions.

Regardless of the reason why you want to take a step backward, you can stop worrying now, because there’s a way to do it, albeit requiring some hard work.

We have the responsibility to remind you that reverting to an old Android version naturally comes with a few risks so proceed with caution.

First off, security. Let’s say you want to downgrade your originally Marshmallow (Android 6.0) device to Lollipop (Android 5.0). Your manufacturer recognizes that your device runs on Marshmallow. If something goes wrong with your device during the downgrade or while you use Lollipop, your device might not receive any form of security support. Furthermore, your device’s warranty might also be void.

Finally, we can’t promise that downgrading your device’s Android version will be a successful feat since it will depend on how well you follow directions and if your manufacturer and device will allow it.

How to Downgrade Android to the Previous Version

Downgrading to a previous Android version is easier if you have a Nexus or Pixel phone, or a device from any manufacturer (HTC and Motorola are possible candidates) that allows unlocking the bootloader and provides a guide and a list of Android versions compatible with the device. If you have such device, you can smoothly proceed with the downgrade.

Downgrading is generally more difficult for devices from manufacturers who want to keep their OS technologies secret. You’re on your own here. The best you can do is check out online forums where you can find other users with the same device as yours who might have a thing or two to say that could help you out. You may also get resources there.

A safer way to use an older Android version (or something that looks like it) without actually downgrading is to get a custom ROM. Custom ROMs are third-party Android versions that have been built and modified by other users who happened to love and know how to write codes and tinker with their devices — and are willing to share their creation. Installing a custom ROM gives you the best of both worlds, as you can get the most loved features from different OS versions rolled into one. Be warned, though, as the installation of custom ROM can be as difficult as an actual OS downgrade, so you also need to be careful. Using a custom ROM may also void your device’s warranty.

Downgrading a device’s OS is not standard practice, so it’s expected to be tricky. But if you want to enjoy your device thoroughly and you think downgrading is the only way to do that, then you’ll have to go out there and look for experience-based tips and tricks.

Once you get the OS or ROM that suits your preferences and proves compatible with your device, ensure it functions well at all times by installing apps such as Android cleaner tool. This app is designed to boost your RAM and clean out junk files, taking care of your device regardless of what OS.