How To Create Time-Lapse And Stop-Motion Videos On Android 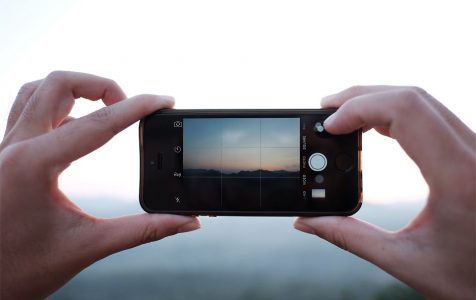 As Android devices are becoming more advanced each year, we can do more with them than just sending messages and taking photos. Thanks to new features and functionalities added to our devices, it is now possible to make epic time-lapse and stop frame animation videos of beautiful scenarios or anything around us that captures our attention, but our eyes cannot keep up.

Yes, you need not buy a brand new high-end video recorder for this. A reliable Android device and any of the stop-motion and time-lapse apps for Android listed below are already enough. Before we reveal these apps, allow us to differentiate a time-lapse video and a stop-motion video first to avoid confusions.

It should be clear that time-lapse and stop-motion videos are two different things. A time-lapse video has consistent breaks between frames, where the subject is captured from one position. The aim is to create an illusion that time is moving fast.

On the other hand, a stop-motion video has inconsistent breaks forced between frames. In this type of video, the illusion that time is quickly moving is created, but you don’t see the subject doing anything.

Assuming you’ve already understood what time-lapse and stop-motion videos are, here are the apps we recommend using to create stop-motion animations and time-lapse videos on your Android device:

With all the features it has to offer, this app deserves to be named Stop Motion Studio. A real studio for creating stop-motion videos, this app is known for its overlay mode feature, which displays the difference between the current and previous frames, as well as the grid and onion mode. It is also widely used for the seven different special effects. One is the fade effect, which you can use to fade in or fade out a frame. To start creating stunning videos using Stop Motion Studio, follow the steps below:

An app for recording stop-motion videos with your Android device, Motion – Stop Motion Camera is preferred by many because it is fast and easy to use. It lets you create high-quality videos with customizable frame rates. Since it comes with a built-in native C++ render engine, it can quickly and smoothly export videos. Here’s how you use the Motion – Stop Motion Camera app:

If you like to create both time-lapse and stop-motion videos using your Android device, then PicPac is the app for you. The best thing about this app is it supports sound input. That means you can tell it to take photos by just clapping your hands. Additionally, it has this handy drawing tool, which can be used to draw on images and make them more interesting.

When it comes to music, PicPac won’t disappoint as well. It has an online music library, which you can explore and search for any sorts of music you wish to add to your video. To use PicPac in creating stop-motion videos, here are the steps to follow:

PicPac isn’t only for making stop-motion animations. It can also be used to create time-lapse videos. Below is a guide on how to use it:

Framelapse is one favorite time-lapse video maker for Android devices. Its features include zoom, focus, color effects, set video resolution and orientation, frame intervals, and a timer to start and end recording. Follow the steps below to learn how to create time-lapse clips with Framelapse:

Are You Ready to Create Cool Videos?

The apps above should be more than enough to help you create stop-motion and time-lapse videos with your Android device. Though it might take some time to master how to use these apps, in the long run, with constant practice, you’d be able to produce excellent videos in no time.

By the way, before we let you go, we have one handy tip to add. Since you’ll be creating videos on your Android device, you might want to consider installing Android cleaner tool! Although it has nothing to do with producing videos, this excellent app will help ensure your device won’t freeze or lag while capturing ideal scenarios. Plus, it will scan through your system to remove junk files and allocate more space for new videos. Now, isn’t this tool handy?