Home » Android » How to Change Font Style on Your Android Device

How to Change Font Style on Your Android Device 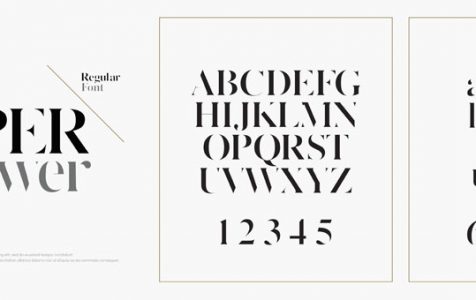 Contents hide
Changing Fonts on Android: A Primer
Basic Font Tweaks Using Your Device’s System Settings
Changing fonts on a Samsung device
Changing fonts on an LG device
Changing Fonts Using Third-Party Apps
Option 1: Use an Android launcher
Option 2: Use a font customizer app
Option 3: Use a font changer for messaging
Feeling More Adventurous? Consider Rooting Your Device
What is rooting?
Why root your Android?
Why NOT root your Android?
Changing font on a rooted Android device
Download PC Repair

One of the best things about Android, which is also among the reasons why many choose it over iPhone, is how it gives more room for customization. One way to personalize your Android phone or tablet is to change its font style.

Changing your Android’s font style and size might be necessary to help you use your device more comfortably, mainly if you have a vision condition. It also helps make your phone look unique, following your personal preference and style. Whatever reason you may have for wanting to change the font on Android, we’re here to help you out.

Changing Fonts on Android: A Primer

There are several ways to change the font style for Android. Some units have the option built into their systems, making it easy for users to choose among the available fonts for Android. Take note, though, that different manufacturers may offer different ways to add new fonts and replace default font styles. Another way to pick and change fonts is by using third-party apps. Furthermore, a less favorite and a bit more complicated way to accomplish this task involves rooting your phone.

Simply exploring your Android device’s system settings may reveal Easter eggs that include the ability to change font appearance and size. This feature highly depends on your phone’s make, though, as stock Android doesn’t have this option built-in. As far as we know, manufacturers that currently have this feature in their products are Samsung, LG, and HTC. Let’s take a closer look at changing and adding fonts on Samsung and LG devices.

Changing fonts on a Samsung device

Samsung offers some pre-installed fonts, but some Samsung devices also have the built-in app called FlipFont, which also comes with a suite of different font styles. To change the font on your Samsung phone or tablet, follow these steps:

If you aren’t happy with the existing font style options on your Samsung device, you can also add more by purchasing them from the Google Play Store. Monotype, the company behind FlipFont, offers a wide range of cool fonts that you can add to your FlipFont fonts library. You may also check out Samsung’s Galaxy Apps Store for additional font options.

Changing fonts on an LG device

Changing the font on your LG device is quite similar to how you would do it on a Samsung device. Simply go to Settings > Display > Font type. Then, choose from the list of available fonts. You will instantly see the main fonts on the menu change. Once you’re satisfied with your selection, go back or press the Home button.

If you’re not happy with the pre-installed font style options on your LG phone or tablet, you can download more font sets from LG SmartWorld.

If your device doesn’t have LG SmartWorld pre-installed or you uninstalled or disabled it before, you can download it from LG’s website. However, to do that, you need to enable installation from unknown sources first. Here’s how:

Now, you can go to this link (http://us.lgworld.com/web.main.dev) to download and install LG SmartWorld on your device. After installation, go back to Settings > Security and un-check the box to make your phone safe from threats again.

Start exploring LG SmartWorld to look for new fonts. When you download and install a font set, it will be automatically made available in the list of font types you can choose from when you go to Settings > Display > Font type.

If your phone is made by a manufacturer other than the three we’ve mentioned earlier, you can still change your device’s font style. All you have to do is install a third-party app dedicated to customizing an Android device’s appearance and font.

Option 1: Use an Android launcher

Android launchers are apps designed to spice up your device and take customization to the next level. A launcher can be considered as a home screen replacement, as it is meant to modify the software design and exterior features of your phone’s operating system — particularly the home screen and app drawer — without permanently changing settings and functions.

Several launchers can be downloaded and installed, each of which offers different features. Some of the launchers allow you to change the theme and font, while other launchers are more feature-packed. There are launchers that can animate your home screen, put different docks at the screen’s bottom, add more home screens, and allow different app drawer sorting and scrolling options.

When we talk launchers for Android, it’s impossible for GO Launcher to not come to mind. It is one of the highest-rated custom launchers in the Play Store. With an average rating of 4.5 stars and over 7 million downloads, this free-to-install launcher gives you access to more than 10,000 free themes. It also has an extensive library of widgets and wallpapers. To change your Android’s font using GO Launcher, follow these steps:

Option 2: Use a font customizer app

If all you want is to get access to hundreds of font style options without drastically changing the look and feel of your Android device, then you might want to try one of the font customizer apps for Android. These apps are usually presented as a library of fonts, which give you plenty of choices to download and add to your phone’s font style options.

If you’re using a Samsung, Xiaomi, Meizu, or Huawei device, you can take advantage of iFont’s extensive suite of fonts without needing to root your phone. The app is straightforward. It supports the modification of both font style and size. iFont also features automatic backup fonts, which allows natural ways for restoration to any of the device’s default fonts. To start using iFont, follow these steps:

*By the way, if you have a Sony, HTC, or Motorola phone but would like to try this app, you’ll have to root your device first.

Option 3: Use a font changer for messaging

Don’t want to limit the font change to your device alone? Some apps can change the way your text content looks, and when you send that text to someone, the stylized font will remain even when viewed from a different device.

Unlike the typical font changer apps, text font changes don’t change system fonts on your device. Instead, they allow you to type your text or content on the app and choose which font to use the styles available. Once you’re satisfied with the way your text looks, you can copy that text and paste it into the platform that you want to send it through. These apps can prove fun and helpful particularly when you’re sending a text greeting or a special message.

Font Changer is among the top-rated font changers available in the Google Play Store. The app supports all major social media and messaging apps and sites, as well as other platforms and features on your phone, such as calendars, folders, task lists, and notes. Anywhere that you can type something on, Font Changer supports it.

The free Font Changer app comes with over 60 unique and styled fonts that you can use for composing SMS, email, and other texts including status updates on social media platforms or highlighted notes in your device’s Notes app.

To use it, type your message or content on the app, select the font you want to use, and add an emoji as you wish. When you’re already done composing, tap Copy, and the text will automatically be copied to your device’s clipboard. If you want to save what you’ve typed so far, hit Save.

Rooting your Android device lets you do more than just change system fonts. Android rooting opens up a wide array of possibilities. However, the freedom it gives may come with a price. For one, rooting your Android will void its warranty. And if done incorrectly, rooting can damage your device irreversibly — so don’t say we didn’t warn you.

Since this article is not meant to be a guide on how to root your Android device, we’ll give you a brief background to provide you with an idea how rooting your Android can let you change fonts better.

Rooting is the method of accessing your device’s sub-system or the entirety of the operating system. It lets you customize your device to your heart’s desire. Rooting also means that you will no longer be held back by manufacturer or carrier restrictions. If you have an idea what jailbreaking an iPhone means, that’s pretty much how rooting an Android works.

Why root your Android?

Taking great lengths just to change the font on your device might seem too shallow, so let’s take a look at what else you can do with a rooted Android. One of the best things that you can do after rooting your Android is the ability to get rid of manufacturer-installed apps that rarely any of us find much use of, so we gladly tag them as bloatware. Rooting also allows you to install specialized tools and use some helpful apps for backing up data and blocking ads, among others.

Why NOT root your Android?

If what you want to do is change your device’s font, you should consider just sticking to the other options we’ve discussed above instead of deciding to root. Here’s why:

Once again, we remind you to tread the rooting path very carefully. If you haven’t rooted an Android device before, make sure you have it done by someone more experienced or do more research before you try doing it yourself.

If you’ve finally given in and decided to have your Android device rooted, and the process proved successful, good for you! More methods for changing fonts are now available for you.

You probably didn’t expect that changing the font on your Android device can be a bit complicated if you decide to take it so far as rooting your phone or tablet. But what’s important is the fact that you can indeed change the appearance of your device for it to suit your personality better.

If changing your device’s font made you love it more, then we suggest you take better care of it by installing apps such as Android cleaning tool. This app can help maintain your Android device by getting rid of junk and making sure that its RAM is in pristine condition at all times.