Home » Android » How To Boost Game Performance On Android

How To Boost Game Performance On Android 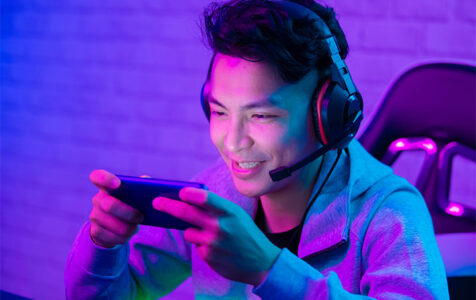 There are a million games available on Google Play Store –ranging from kids games and puzzles to graphic-intensive multi-player games that can be demanding for your device’s hardware. Playing on an Android device, with top-notch hardware, guarantees excellent gameplay. However, Android devices that are made for gaming are costly but there are several game-performance boosters on Android that will help you maximize your device’s performance.

If you like playing graphics-heavy games like Asphalt 8, Need for Speed, Injustice, Age of Empires, or FIFA on your Android device, it can be annoying when you experience lags, freezes, or network interruption when you’re in the middle of the game. In this article, we’ll show you how to boost game performance on Android so you can enjoy a good game even with a not-so-top-tier phone or tablet.

Run your favorite game to fell the difference. However, turning on this feature can drain your battery fast so you might want to turn this feature off from time to time, especially if you’re not playing any games.

If any of these game boosters for Android is not enough for you, the next option would be to expand your Android’s memory or RAM. By increasing your device’s RAM, you automatically increase game speed and performance. Follow these steps to expand your RAM:

Use a Third-Party App

There are many game performance booster apps on Google Play Store that users can download. Here are some of the favorite apps you can choose from:

This game booster improves your game speed for all of your Android apps by freeing up memory space (RAM) on your device. It also detects malware that is known to cause game lags and to freeze. This combination of features allows your games to run faster and smoother, making it one of Google Play’s Top 10 Free Tool Apps for 8 consecutive weeks in 2016. It has also been downloaded by more than 10 million users worldwide.

You can use the app to directly boost the game you are currently playing by tapping the floating boost button. According to the app’s developer, using Dr. Booster can improve game speed by 1.2x on average. The Store on SD Card feature also frees up storage space and RAM on your device by moving the app to your external storage device.

To use Dr. Booster, download and install the app from Google Play Store. All your apps will be automatically loaded into the app window, where you can organize them by drag-and-drop. Experience instant boost on your games just by pressing the floating boost button.

This app does not only boost your game performance but your device’s performance as a whole. It cleans out all the junk files on your phone, freeing up storage space and allowing your apps to run faster and smoother. It also closes lagging apps and processes that slow down your Android device. The best thing about Outbyte Android Care is that it provides an overall performance boost.

This game booster for Android boasts of 60% improvement in game speed once installed. It cleans up your device’s memory, resulting in faster and smoother gameplay. Game Booster fixes phone lag and RAM-related issues when playing games. Aside from this, it also kills background-running apps and unnecessary processes to achieve the best gameplay.

This app is highly recommended if you want to play graphics-heavy games on your Android device without the slowdowns. Swift Gamer provides a comprehensive speed up advantage with its advanced algorithms. For example, it can alienate or sandbox an app so it will run in an independent environment without any disruptions.

This favorite game booster for Android helps unleash your device’s real gaming capabilities by optimizing your RAM for gaming. Game Booster 3 uses a Linux CPU management so you can enjoy your games without being hindered by crashes and slowdowns. You can use Game Booster 3 on both unrooted and rooted devices. If you have a rooted device, you can use this app to push your device’s speed to the limit. It also has an App Booster feature that lets you optimize memory or RAM for any app.

With all these game boosters, you no longer have to complain about poor gameplay and sluggish apps when playing your favorite Android games. You can choose to install third-party boosters, root your device or simple tinkle with some of the developer settings of your Android smartphone. Or you can do a mix of these methods, whichever works for you.