How to Block Spam Calls and Robocalls on iPhone and Android 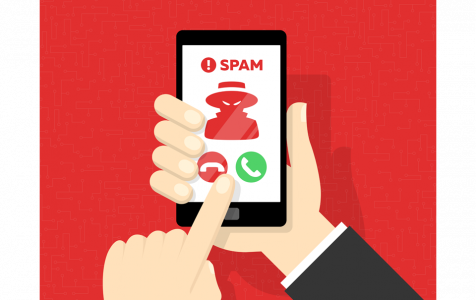 Contents hide
What Are Robocalls, Spam Calls and Telemarketing Calls?
How to Block Robocalls on iPhone and Android
Method 1: Register Your Number with the FTC’s Do Not Call List.
Method 2: Block Calls Manually.
Method 3: Blocking by Carrier.
Method 4. Reject All Unknown Calls.
Method 5. Use a Third-Party App.
Summary
Download PC Repair

It can be annoying to answer calls when you’re in the middle of something, especially when you realize it’s just a telemarketing or spam call. Registering your number with FTC’s Do Not Call Registry doesn’t totally work because scammers and other disreputable callers can still contact you in other sneaky ways.

Fortunately, most smartphones are now equipped with built-in features that allow users to block specific callers. There are also several third-party apps that stop robocalls and spam calls. So if you’re tired of receiving spam calls, robocalls, and telemarketing calls, we’ve listed down how to deal with them in several ways.

Here are techniques to block robocalls on iPhone and Android so that only the important calls go through your phone.

What Are Robocalls, Spam Calls and Telemarketing Calls?

A robocall , as the name suggests, comes from a computerized autodialer, just like a robot. These calls deliver pre-recorded messages, usually to promote political campaigns, telemarketing, or public service announcements.

Telemarketing calls, also known as inside sales or telesales, come from salespeople who are urging consumers to buy their products or services , while a spam call is a general term for unwanted calls coming from dubious characters.

According to an industry report by call blocker company Truecaller, fraud attempts and money swindling are still the most prevalent motive behind most spam calls, resulting in one in every 10 American adults losing money from a phone scam.

And it’s just about to get worse.

Call protection company First Orion predicts that half of mobile calls that we will receive in 2019 will be spam and robocalls. This emphasize s the need for a more effective method of blocking robocalls.

How to Block Robocalls on iPhone and Android

Method 1: Register Your Number with the FTC’s Do Not Call List.

If you haven’t registered yet, then it’s high time you do. Signing up your number to the National Do Not Call Registry is the first layer of protection you can get against unwanted callers. It gives you a choice whether you want to receive telemarketing calls, but note that this doesn’t shield you from unsolicited messaging from political groups, debt collectors, surveys, or charity groups.

That’s it! Registration only takes a few minutes but can protect you against unwanted calls for a long time (or until you have that number) because the registration does not expire.

Once you are registered in the Do Not Call List, telemarketers and robocallers should no longer be able to call you. If they do, you can report unwanted calls as long as you have been registered for at least 30 days.

Follow the instructions below to report an unwanted call to FTC:

The most straightforward way of not getting unwanted calls is to block spam callers manually. This method works if you don’t get a lot of robocalls and spam calls that you can block them one at a time.

To block a number on iPhone, follow these steps:

To block a number on an Android device, do the following:

You can also set your Android phone to block anonymous calls, which we will discuss in the section below.

Major carriers support blocking of unwanted calls via their own blocking app or by providing support. For example, AT&T lets subscribers block contacts using their Call Protect app for iOS and Android. Verizon Wireless, on the other hand, lets you block up to five numbers for free and up to 20 numbers for $10 per month. Sprint also offers a robocalls blocker app called My Sprint app. To know your options, call your mobile carrier to inquire about how they can block spam and robocalls for you.

If you really do not want to receive unwanted calls, you can altogether block all calls from unknown numbers. This means limiting your calls to only those from your contact list.

If you’re using an iPhone, this feature will prevent calls from numbers not on your list from ringing your phone. To do this, open the Settings app, then go to Do Not Disturb > Allow Calls From > All Contacts.

If you’re using an Android device, open the Phone app, and tap More > Settings > Block Numbers. Next, turn on Block anonymous calls. This is a good option to stop robocalls and spam calls.

The only disadvantage of this method is when someone you know calls you using a new number or someone not on your contact list but whom you actually know is trying to contact you.

Method 5. Use a Third-Party App.

There are several third-party robocalls blocker available on the Apple App Store and Google Play Store. Some of these apps are free, while others require a fee. We recommend you try these services first and see which app works for you.

Here’s a tip: Before installing any third-party app, optimize your device first with an app such as Android cleaning tool. This tool boosts your phone’s performance, and allows for smooth installation and running of third-party apps, such as robocallers.

Aside from these third-party apps, Google also provides a caller ID and spam protection feature. This shows you information about callers not included in your contact list and warns you about possible spam callers.

This feature is on by default, but you may need to forward data about your calls to Google for this feature to work.

To use this feature:

Robocalls and telemarketing calls can be the bane of having a mobile phone, especially if they keep activities. If you’re often bombarded by spam and robocalls, you can use any of the methods above to block these unwanted calls and get some peace and quiet.