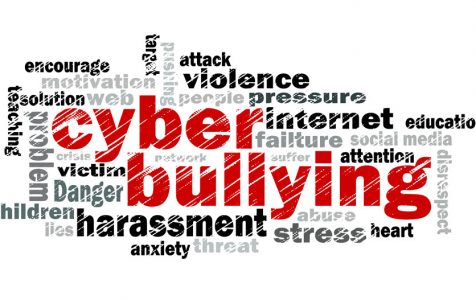 Social media is undoubtedly one of the most profound revolutions of the 20th century and there has never been anything quite like it. The global community now has a platform to share their thoughts, intentions, tastes, histories, and influences over national, demographic, gender and language barriers, something that is very much unprecedented in history. Used the right way, social media is a powerful tool that can improve individual life, enrich conversations and connect people from as diverse backgrounds as exist on the planet.

But there is also a dark side to social media, and one that has featured very prominently in the news cycles over the last few years. Think of election meddling for instance, or the auctioning of child brides on Facebook or the live streaming of the murder of tens of people in Christchurch, New Zealand. See? It is not all rosy and social media, just like anything else good, is subject to abuse. While many of us are isolated from some of these headline screaming events, there is one way in which social media can be used against anyone: cyberbullying.

When most people think of social media cyberbullying, they tend to associate it with children, especially young girls being made to do things that they wouldn’t normally do. Some of these kids get so distressed that they sometimes commit suicide and that is sadly how many people have come to understand cyberbullying- the case of being taken advantage of or intimidated with the facilitation of social media.

But social media cyberbullying can, however, take many forms and it doesn’t only happen to innocent and defenseless people, adults can fall victims too and in more ways than one.

Intimidation is the most prevalent form of social media cyberbullying. This is the case of someone posting threatening messages on Facebook, Instagram or Twitter and promising to perpetrate acts of violence against a person or a group. People who are threatened in this way can sometimes feel hopeless, fearful and with nowhere to turn. In some cases, they might even get suicidal. The threatening messages don’t even have to be publicly displayed, they may be sent directly to the receiver as often happens when the target is naïve or underage.

Cyberstalking is the use of social media to systematically target someone with the goal of intimidating them, shaming, harassing and to generally make them feel uncomfortable. If Jane, for instance, responds to every comment that Jack makes on Facebook with posts that detail aspects of his private life, then such constitutes cyberstalking. But it is not just commenting, as every activity on social media can basically be used to victimize a person if there is someone dedicated to making another feel uncomfortable.

This mostly happens to celebrities and YouTube creators who lament of underserved negative comments about their work, appearance or aspects of their private lives. It is so serious that the First Lady of the United States, Melania Trump, has taken it up as one of the issues that she wants to see addressed.

A few years back Jennifer Lawrence, the actress behind the Hunger Games, fell victim to a blackmail campaign that threatened to release intimate photos if she did not part with some cash.

Anyone can fall victim to such as a scheme and it doesn’t even have to be photos or anything like that. Social media has the power to amplify information, anything potentially damaging no matter how small can go a long way in destroying a life. You can protect your data from being accessed by using a tool like android cleaning app that will keep your files safe.

What to Do If You are Being Cyberbullied?

Is there anything that you can do if you are being cyberbullied? Yes, there are many ways to deal with cyberbullying. First, seek protection from the police. As noted earlier, lots of governments have passed laws that prohibit any and all of the above-listed forms of cyberbullying. The police will apply the relevant laws against the perpetrator. Secondly, talk to someone. The reason that cyberbullying can get out of hand, especially where exploitation is concerned, is the lack of a second opinion. Try talking to someone you trust if you feel that you are a victim of cyberbullying, especially if you are a young person- an adult will know what to do.

Lastly, but most importantly, you can report cases of cyberbullying to the different social media platforms. Below are some ways to report abuse on Facebook, Twitter, and Instagram:

To report a group on Facebook, take the following steps:

To report a message on the Messenger App, take the following steps:

This will prevent them from sending any messages directly to you on Facebook.

To report a message on Instagram, take the following two steps:

In all of these cases, the various social media platforms will take appropriate action.

We still recommend, however, that you keep your files and other personal information safe by downloading Android cleaning tool. That way, no one can use information gotten from your account to blackmail or intimidate you.