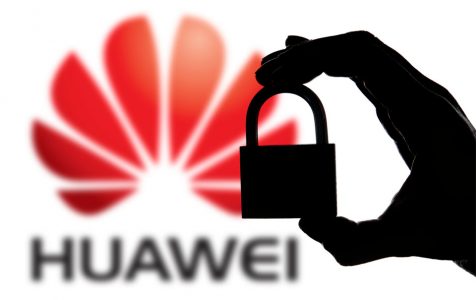 Contents hide
What Happens After Google Blocks Huawei?
Huawei’s Response
What Is Plan B?
What Does This Mean For You?
Summary
Download PC Repair

On May 1, Huawei reported 50% growth in phone sales and has overtaken Apple as the second most popular mobile device. But what started as a great month turned out to be a disaster as the US government added Huawei to the list of companies considered as a national security threat.

Donald Trump blacklisting Chinese telecom giant Huawei has rocked the entire tech world. The move wasn’t entirely shocking because Huawei has been expecting Trump’s decision, but the impact of the ban is massive just the same.

According to news reports, the fallout resulted from the unsuccessful trade negotiations between China and the US. The US government accused Huawei of using their devices to spy on and gather intel on other countries. Huawei executives slammed President Trump for these allegations because according to them, the US can’t catch up to the success of the Chinese tech giant.

Following the blacklist, Google has immediately suspended Huawei’s Android support in compliance with an executive order issued by US President Donald Trump. Google is the developer behind the Android operating system that’s being used by Huawei mobile devices.

Although the US Commerce Department has lifted the ban until August 19 and has given a temporary license for Huawei to work with US businesses (including Google), it is still unclear what will happen once this temporary truce has expired.

What Happens After Google Blocks Huawei?

According to Google’s announcement, Huawei’s existing smartphones will immediately lose access to new updates to the operating system while new mobile devices will also lose access to popular Google apps and services.

These proprietary apps that will become off-limits to Huawei users include the Google Play Store, Gmail, YouTube apps, Google Photos, and most of the bloatware that come pre-installed with Android.

As Huawei hits the Android roadblock, transactions with the Chinese mobile giant that involved the transfer of software, hardware, and technical services will be suspended. However, Huawei can continue to use the public version of the Android operating system through an open source license which is available for everyone.

However, with the ban temporarily lifted by the US Commerce Department, Google can continue to work with Huawei for now.

A few days after Huawei lost access to Android and Google, the company issued its first statement regarding the issue. Huawei promised to continue offering security updates and after-sales support despite the ban, though it is unclear how the company plans to do that.

Huawei’s statement focused on the role the company played in the growth and development of Android. The company also promised to “build a safe and sustainable software ecosystem” to provide the best experience for Huawei users around the world.

A few days after the release of this statement, the US government softened its stance and eased the trade ban against Huawei. For now, Huawei devices can retain their access to the Google Play Store and continue to receive updates.

But the main issue is, what about future Android updates? Although Huawei has three months to iron out the trade war with the US, users are still panicking about what would happen after the grace period.

According to news reports, Huawei has been making preparations for when this day would come. The company has long predicted that it would one day lose access to US software, such as Google and Microsoft, and has devised a Plan B.

What Is Plan B?

In an earlier interview with Huawei’s head of consumer division, Richard Yu, it can be inferred that Huawei has been anticipating this move for a long time now and has created a countermeasure just in case. Mr. Yu revealed that Huawei has been working on a Plan B, which involves creating their own operating system in case they would no longer be allowed to use Android.

According to Mr. Yu, Huawei’s alternative operating system will be available later this year or early 2020. The new OS will work across smartphones, computers, tablets, cars, smart TVs, and other wearable devices. Surprisingly, Mr. Yu also confirmed that the new OS will be compatible with current Android apps. Making this plan work, however, requires a lot of effort and investment.

The company has also been stockpiling on chips and other important components in preparation for the ban. So, even though chipmakers such as Qualcomm, Broadcom, Intel, and Xilinx decided to stop supplying chips to Huawei, Chief Executive Ren Zhengfei said that the company would be fine even without US chips because they have plenty of stocks even before the ban was imposed. The company has also begun to consider other suppliers outside the US for long-term partnerships.

What Does This Mean For You?

The Huawei ban, although temporarily lifted, has caused a huge commotion in the tech industry. The event has affected different people in different ways.

If you own a Huawei device and you live in the US, you might have to consider saying goodbye to your phone. Even if the US government totally softens the ban on Huawei, there will definitely be restrictions in some form or another that will prevent you from maximizing your device.

Tip: If you want to boost your device’s performance, use an app such as Android cleaning tool. This tool optimizes your phone’s processes by maximizing your device components.

If you’re a Huawei user outside the US, you will still be able to use Android on your device, but you will probably be limited to the open-source version and won’t have access to Google’s proprietary apps. Fortunately, there are many third-party apps you can use to replace most of Google’s apps.

Huawei has announced that they’re working on an alternative operating system for Huawei devices, but this would probably be rolled out primarily on new devices. So, if you’re thinking of buying P30, the latest Huawei flagship phone, you should probably hold off and wait what happens after August 19.

The US government’s decision to blacklist Chinese tech giant Huawei has caused quite a stir in the tech and telecom industries. Industry experts predict that the deadlock between China and the US will not only affect the two countries but the entire world as well. Australia, New Zealand, Japan, Taiwan, and the UK have also followed in the footsteps of the US in banning Huawei products.

Even though the US had a change of heart and lifted the ban until August 19, a clear resolution is difficult to predict, as long as the trade war between the two countries doesn’t loosen up.