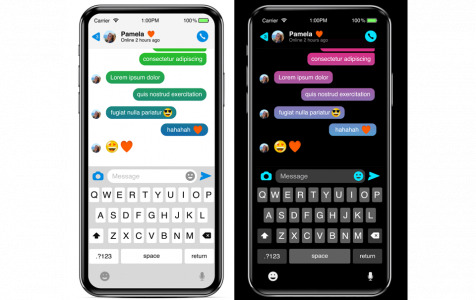 If you are like most people, you probably have your Gmail configured to a dark theme, reason being that it is the most awesome configuration out there. Now Google is planning on extending the same configuration option to Google Calendar and Google Keep, and this has got a lot of nerds and the not so nerdy excited.

Google has long been under pressure to extend the dark theme options to all its web and Android offerings, and at least now, there is a real chance that it has been listening to what fans of the dark theme have been saying.

The dark mode is popular for a number of reasons. First, it works to reduce the strain on the eyes, especially at night and in other low-light environments. Secondly, the dark mode saves battery life, especially in phones with OLED displays. And perhaps the reason it is favored by a majority of people is because it is a very clean theme with beautiful shades and contrasts.

What Is Google Keep?

If you are all the while wondering what is Google Keep, know that it is a note-taking service by Google that was launched in 2013. It was updated a few times thereafter, and is now finally available on the web, and as an app for both Android and IOS phones. With Google Keep, you can use a variety of tools for taking notes, such as texts, lists, images, and audio.

The following are some of the features of Google Keep:

Using Google Keep is easy and the app allows you to create five types of notes. These include regular text, handwritten notes, picture notes, audio notes, and list notes. If you don’t like typing, there is the option of asking Google Assistant to take notes for you and to avail them to Google Keep.

To enable the dark mode in Google Keep, you simply go to:

Settings > Enable Dark Mode. On Google Calendar, the process is a little bit involving. Here are the steps:

The dark mode on Google Keep will not be true black, instead, Google will swap the white for dark gray. The darkest shades will be reserved for the app’s background on the main “notes” pages and the list of labels on the navigation drawer. The home screen and the navigation bar will have the same dark shade as Android Q (the 17th version of the Android mobile OS) for consistency. For this reason, Google Keep dark mode might be a little bit different than what users are used to in other Google apps such as Gmail, although the difference will mostly be subtle.

The changes to the apps started rolling on May 16, 2019 and may take a few weeks before they are completed, although the dark mode is coming to Google Keep and Google calendar, it might take a while before the needs of everyone are served.

Where Else Has Google Enabled the Dark Mode?

If you are a dark mode fan, you will be pleased to know that Google Calendar and Google Keep are not the only Google apps that have or will have a dark mode option. This is because Google has been working hard to make sure that many of its web and Android applications can be set to dark mode. Here is a list of some of them:

Google Chrome dark mode is now available for both Windows 10/11 and macOS. On Windows 10/11, where the process has not been very straight forward, things are going to change with version 74 of Chrome browser that not only introduces a dark mode for Windows, but also lets websites respect an OS’s set “reduced motion” settings.

The dark mode is now enabled in the Google Phone App courtesy of the latest update. Dark mode for the Google Phone app extends to all portions of the interface, including dialer, contacts, phone history list, and menus. Google Phone and Google Contacts are also programmed such that they react to each other’s dark mode settings. This means if one of them is on dark mode, the other app switches automatically. Other Google applications and services that have the dark mode enabled include Google Help Center (web), Google Play Games app, Google Discover Feed, Android Messages, Google News, Google Maps, and Gboard.

To get the dark mode option on most of these apps, you will have to update your phone to a newer Android version. While seeking to make the updates also consider downloading android cleaning app a tool that will secure your files and boost your phone’s performance.