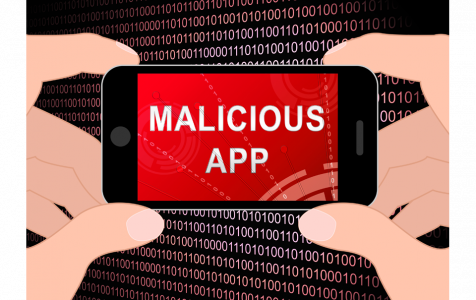 One of the advantages of Android is that it allows you to play almost all games. Whether they are simple games for kids or graphics-intensive multi-player games, you can play them on your Android device as long as your phone meets the hardware requirements.

There are more that two billion smartphones running Android all over the world, making it one of the most popular operating systems today.

However, security experts have recently issued an Android warning: Google smartphone fans are alerted about dozens of fake apps. According to these experts, there are lots of fake apps that Android users should stay away from, such as fake Fortnite apps.

These fake apps can be downloaded from several popular APK download sites and are riddled with viruses and malware. And recently, there have been several reports of high profile security attacks that are affecting millions of Android devices.

On of the largest and most high-profile attacks on Android happened last year in the form of malware codenamed Judy. Devices that have been infected with Judy may run into overloading, which can cause the phone to physically burst open.

According to Kaspersky Lab, the malware is a jack-of-all-trades because it can carry out multiple actions at the same time, which is why the phone gets physically warped after being infected. Judy can overwhelm your device with adverts, use your phone’s computing power to mine cryptocurrencies and monitor the device’s activities.

Following the Judy malware that affected millions of Android users last year, security experts are sending out another Android warning against the threat brought by fake apps once again. These apps are generally hosted on APK and free app download sites. The research discovered more than 30 malicious Android apps, carrying risks such as: malware, adware, scams, and privacy issues.

Some of the apps compromise the security and privacy of the device owner by spying on them, accessing and tracking their locations and using the camera secretly. Infected devices are also at risk of a data breach because the fake apps will have access to the device owner’s contact list.

These 30 malicious apps all have one thing in common – they are all fake Fortnite apps.

Fortnite is one of the most popular online games right now, and it is available on a wide range of platforms. The game developed by Epic was not released on Google Play Store. Instead, users can sign up on the developer’s website, and they will send an email invite to download the Fortnite Android Beta game.

Security experts warned earlier that this method of release would open up a lot of opportunities for malicious people to target users who have signed up for the game. The fake Fortnite apps included in the study revealed that these apps can be used to track locations, read contacts, use the camera, and even make phone calls. These permissions are not included in the official Fortnite game.

How To Spot Fake Apps

The popularity of online games such as Fortnite has made it easier for malicious people to take advantage of users clamoring to download the game. In the case of Fortnite, it is even more difficult to contain the issue because the official game was not launched using a secure platform like Google Play Store.

It is very tricky figuring out whether the app you’re downloading is fake or not. But some fake apps have tell-tale signs that should raise a red flag. Here are some clues that might indicate that you’re installing a malicious app:

How to Protect Your Device From Fake Apps

Scammers are always trying to trick Android users into downloading fake and malicious apps. Last year, a Redditor named DexterGenius flagged a fake version of the messaging app WhatsApp, which he downloaded from the Google Play Store. The imitation named Update WhatsApps Messenger was so convincing because it looked exactly the same as the official WhatsApp installer – except for the name of the developer.

The Reddit user decomposed the fake app and found out that it was a disguised ad-loaded wrapper which included a code that downloads another APK. Fortunately, the fake WhatsApp was discovered immediately and was removed from Google Play Store as soon as it was reported.

With many fake apps proliferating the Internet, it is important to be cautious whenever downloading any installer. Always do your research and be vigilant. Scammers are getting smarter, so Android users must be one step ahead of them. We hope that these tips will help you easily spot fake apps and protect your device against online threats.