Home » Android » Android Q: Everything You Need to Know About the Latest Google Update

Android Q: Everything You Need to Know About the Latest Google Update 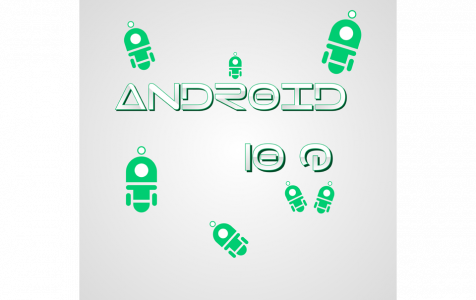 With more than 2.5 billion active devices, it is not surprising why Android has found tremendous success in the mobile realm. Since it started with version 1.0, many things have changed. From a simple mobile OS that aimed to offer basic features, it has now become an essential tool in the daily lives of people, helping everyone stay in touch and keeping things organized.

And recently, Google introduced a new version of Android at its annual IO developer conference: Android 10 Q. As expected, it was received positively, thanks to its wide range of features, gestures, privacy tools, and AI advances.

Although this Android Q update has no full name yet, it is considered a great milestone for Google as it marks a significant change in how things work on an Android phone.

Okay, we know you have plenty of questions in your mind right now. So, in an effort to answer all of them, we’ve created this handy guide on what you need to know about Android Q.

Just this week, Google has released a third public beta version of Android Q. If you own a Google Pixel smartphone, feel free to try it. But before you install it, take note that it is still a work in progress. This means not everything may work completely.

As of this writing, Google is still working with other third-party smartphone manufacturers, such as OnePlus, Nokia, LG, Huawei, Xiaomi. So, we can expect that Android Q will soon be rolled out on more devices.

According to Google, they are looking to release Android 10 Q within the third quarter of 2019. When that time arrives, Google’s Pixel smartphones are expected to receive updates, while other smartphones will have to wait for their respective manufacturers to release the update.

Till now, there is no news as to what Android 10 Q’s name will be. But we’re sure that it will be called Android 10 Q-something.

If you’ve been paying close attention to the names of Google’s mobile operating systems, they’ve been named after our all-time favorite sweets, such as Kit Kat, Oreo, Marshmallow, and the most recent one, Pie. On that basis, you can probably come up with a good name.

No, don’t worry about paying for anything. This will be a free update. If you are asked to pay for anything, it is likely to be fraud or a scam.

As with other Android versions, Android 10 Q has features that are unique to it. We’ll learn more about them below:

Android 9 Pie treated us with a little “pill” button and all-new swiping gestures that ditched the traditional Back and Home keys. Because it wasn’t universally loved, some manufacturers just decided to find their own ways.

With Android 10 Q, we’re expecting that the gestures will be so much better. This updated version will embrace the back gesture that is being used on Honor and Huawei devices. To go back, you simply swipe left or right of the screen. It’s that easy.

By the time Android 10 Q is released, these gestures might change. However, it is evident that navigation buttons will make its way to the new Android version.

Smart replies have long been available for some Google apps, such as Messages and Gmail. But with Android Q, it is expected that you will be getting more smart replies for more apps.

Dark or night mode is the talk of the town at the moment. While many Android smartphone manufacturers have already implemented and released their own Dark mode versions, it seems that Google has been left behind. Then again, it is said that Android Q will introduce a system-wide dark theme, which can be activated at night or permanently.

If you are the type of Android user who prefers seeing white text on a black screen, then you will love this feature.

Every Android user understands how annoying operating system updates are. But thanks to Google’s latest Project Mainline, it is expected that they’ll be less of a headache. This new project aims to help quicken updates by taking responsibility of the back-end updates and delivering them straight via the Google Play Store.

With this, Google hopes to speed up the updates from other third-party app developers as well. They also aim to make updates less disruptive to Android users.

Ever heard of Android Beam? No? It’s basically a feature that allows photo, file, and data sharing between devices. It works like Near-Field Communication, where you put two phones back-to-back to share files without having to access the Internet. Although it sounds like a handy feature, it will soon be killed off with the release of Android 10 Q.

One of the things that Android users are expecting on Android 10 Q is the privacy of user data.

Scoped storage is another thing. With scoped storage, users will have better control over the apps that can access sensitive data and files.

Live Captions does exactly what its name suggests: add captions or subtitles to videos or audios in real time. This is made possible because of AI.

Using built-in AI, audio is transcribed in real-time without having to access the web. The feature even works fine when recording offline.

Though this amazing feature is designed by Google with those who have difficulties in hearing in mind, it is expected to benefit others as well, especially since more and more people are watching videos with the sound muted.

With Android 10 Q, parental control will be getting an upgrade. In fact, it will become more powerful yet easier to manage.

This new Android version will have the latest Family Link feature, which allows parents to set up a device for their kids and link it to their personal accounts. Using their accounts, they can then take control over the total screen time, track app installations, and set things for their child’s smartphone usage.

Android 10 Q is currently available in Beta version. If you want to enjoy all of this version’s features, guess you have to wait a bit longer until the third quarter of 2019. In the meantime, while waiting for the final version to be rolled out, install a reliable Android cleaning tool on your device. This way, you can ensure your smartphone will continue running fast and remain error-free.

What Android 10 Q feature are you excited to try? What do you think will be the new name of Android 10 Q? Let us know your thoughts. Comment on them below!