22 Android Clickfraud Apps You Should Be Deleting Right Now 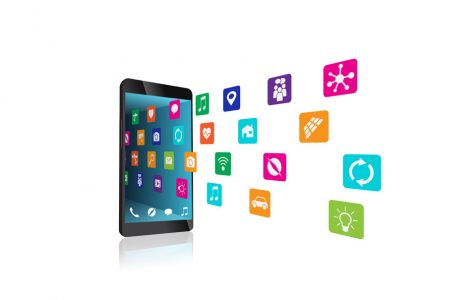 Android users, pay attention. There are certain Android apps that need to be removed as soon as possible from your device as they consume too much of your battery life. These dangerous Android apps are being considered as Clickfraud Apps.

When an Android user installs a clickfraud app, he better expect huge phone bills . The way these apps work is simple. First, they pretend to be legit apps from Google Play Store. And then, unwitting device owners download them. Once they are already installed in the device, they secretly perform fraudulent actions that sometimes result in high utility bills.

Sophos, a British cybersecurity company, conducted recent research and found there are 22 criminal apps that Android users need to delete immediately. Unfortunately, these apps have been downloaded for over 22 million times by Android users all across the globe.

According to Sophos, most of these apps lure users to download them with the process that they help improve and increase a device’s battery life, when they actually don’t . Upon installation, all these apps do is to use up all the available battery and data.

And since most Android users are unable to tell which apps are causing the abnormal data and battery usage, they resort to manually search for answers online.

So, what are these apps that Android phone owners are being told to uninstall right away?

This app lets you control your device’s camera LED flash with a single tap and then turn it into an instant flashlight. It has three lighting modes that use your device’s LED light.

Snake Attack is like the popular 2D Snake game. The aim is to score more points to grow the snake. However, in this game, you control the snake as it eats people and wreak havoc in the waters.

Do you have a math problem to solve? Then you’ve probably been tempted to download the Math Solver app. It claims to help solve mathematical problems that involve finding limits and derivatives, as well as graphing functions.

This app is designed for kids. It allows them to learn and practice how to match, sort, and categorize shapes through various activity-filled realms.

Tak a Trip was designed to help travelers. It can be used to compare fares from different agencies and airlines, allowing you to get the best rate that falls within your budget.

MagnifEye is an Android app that turns your Android device into a handy magnifying glass for reading tiny product labels or other text.

If you love puzzles and dots, then Join Up has lots of them. The aim of the game is to connect the dots with a line and avoid the black blocks.

As the name of the app suggests, you need to kill zombies. In this simple shooter game, you have to kill zombies in different levels using six silver bullets.

An Android game written in Java, Space Rocket is a simple arcade game. The goal is to move the rocket and avoid obstacles by tapping the screen. You’ll know if the game finishes once the rocket crashes into a planet.

Neon Pong is Android’s version of the classic table tennis game. However, the creators of the game added twists by adjusting difficulty levels and incorporating retro neon graphics.

This is a really straightforward app. It’s a basic flashlight, that’s all!

Table Soccer is an Android app that allows you to join global football communities by discovering places where you can play table soccer.

This game lets users perform flip after flip. They can choose from a wide range of diver characters and decide whether or not to jump off cliffs, lighthouses, and rocks.

Box Stack allows you to stack boxes as high as you can. The aim is to beat your top score by stacking more and more boxes without them falling.

Jelly Slice is a unique puzzle game that challenges you to find the best way to divide a set of shapes and collect the fruit.

AK BlackJack is a simple casino game that boasts high-resolution 3D graphics. You can play against the bank by following traditional casino rules. However, it also has added features like insurance .

Color Tiles is another challenging puzzle game. To play the game, tap on any blank space. If the color matches the neighboring tiles, be it in horizontal or vertical position, you get the matching tiles.

Animal Match is an interesting yet simple game for kids. In the game, there are lots of adorable images of natural scene ry and animals that teach kids to match items .

To play the game, you just need to tap on the blocks to remove them and then allow your hexagon to fall to the bottom without falling out. At first, it will be easy, but as the game progresses, it will get more challenging.

HexaBlocks claims to be a puzzle game for all ages. The only rule of the game is to drag the hexa puzzle blocks and target the appropriate blank spaces on the grid.

In this game, you will notice that the board is always filling up with different sorts of tiles. The aim is to look for matching pairs and zap them by directing them to a square where straight lines can easily reach them. When you commit mistakes, more tiles will appear.

Most of the apps in the list are no longer available on Google Play Store. Unfortunately, they may still be installed on some Android devices as they’ve been downloaded since October 2017.

If you have downloaded any of the apps above, avoid connecting your phone to a computer. It might get infected. And if you still have them installed on your device, delete them now to avoid further complications.

To make the most out of your Android device, download and install android cleaning app. This app has earned a 4.5-star rating as it effectively increases battery life span to up to 200 percent.

Do you know other Android apps out there that need to be deleted as soon as possible after being flagged for fraudulent activity? Comment them below!