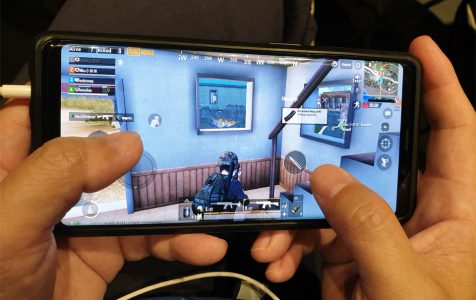 In the world of mobile gaming, nothing beats Android. Reason? Quantity and quality. Android has the most users of any smartphone operating system at the moment and this translates to more games released each day than the average gaming enthusiast can possibly keep up with. Quantity also translates to quality simply because the large Android market is incentive enough for game developers to go the extra mile and produce the kind of games that will get you an over the top adrenaline rush. For them, the competition is real and there is no holding back on any ideas that can get you into gaming mode.

Did we say that more games are released each day than the average Jude can keep up with? That’s where we come in and in this piece, we review the Android games released in the month of May that is to say just within a week or so.

New Android Games released in May

May has been a busy month for Android game developers with more than a dozen games released in this past few days alone, and as tough as it sounds, we have been able to sample many of the releases and come up with a list of 16 best Android games released this week. If you are the kind of gaming enthusiast who likes to try new outings, this is the kind of list that will serve you well.

Magnibox ($3.99) is a creation by the famed Android Game developer Joseph Gribbin whose previous employer was Nitrome. Nitrome is of course known for its excellent graphics and innovative games, something that is not lost on Magnibox, a puzzle solving game that has the player playing as a box with magnetic abilities, hence Magnibox. The goal of the game is to complete 160 levels by leveraging the magnetic ability of the box – the magnet is only positioned on one side of the box, so the player has to constantly position themselves to take advantage of the magnetic powers, which will open switches, doorways, attract things and do all sorts of things to get you around. This sounds simple enough, and it is, which makes Magnibox the kind of game that any player, veteran or not, can comfortably try out and enjoy.

The Quest- Hero of Lukomorye IV

The Quest ($4.99) is another amazing May release that is an expansion of the long-running The Quest by Redshift Games. It is both standalone, hence the reason it qualifies as a release, but can also be integrated with previous installments. The Quest is a role-playing game that combines combat, magic, and adventure and will keep you busy as you try to kill Kozney the Deathless and his minions- some say forces.

Hamsterdam is a crowd-funded game that is now available for free on Play Store as an early release. This means that you will face no distractions in the form of ads as you try to save the once peaceful town of Hamsterdam from the vile and utterly repulsive chinchilla Marlo and his gang. Pimm the hamster hero, has to explore his martial arts ability as he tries to restore the town to its original glory, and it is upon you the player to make sure that he succeeds in his quest. If you are the kind of gamer who likes martial arts themed games and a familiar storyline, then you should definitely try this one.

Oceanhorn: Monster of Unchartered Seas ($14.99) is an epic action adventure filled game that has users exploring uncharted seas and Islands in search of a lost father who leaves a simple clue in the form of a notebook. You will fight monsters, solve puzzles, encounter magic, fight your way through many challenges, learn secrets, and unearth treasures as part of your quest, and all with the help of 3D visuals, great soundtrack and an epic storyline.

Broken Age, one of the most beloved games, is finally available on the Android platform and you can now download it on your smartphone from Google Play Store and kick start your adventure.

Dragon Ball Legends is a multiplayer game that allows you to battle it out for glory with rival players’ across the globe. If you are the kind of person who enjoys besting everyone else, then this is the game for you. Dragon Ball Legends has its characters designed by the Japanese maestro Akira Toriyama and offers excellent 3D stages with character voicing.

This free release by PLAYMOBIL is mostly meant to advertise their toy line but that doesn’t mean that it is without its fun side. As a player, you get to participate in collection based missions whose goal is to get you to the red planet. Kids and adults looking for a sweet distraction will find this game entertaining, educational and not too challenging, which makes it an excellent replacement for the more immersive Android games.

XOB is a free to play puzzle game with a simple premise and psychedelic graphics. Although free, you still get bombarded with ads after every four levels or you can choose to binge watch the ads right at the beginning and be done with it. The game has over a hundred levels and 25 ad sessions but the way they are spaced means that sometimes you even forget they exist.

Ever fancied being a bounty hunter? Then Dungeon Hunt is a game made especially for you. Transverse through the five shattered realms and build your reputation as the greatest bounty hunter of them all. You will also get to exact vengeance on those that have forsaken you and join with allies and friends on your noble quest.

Dumb ways To Draw is the newest release from Metro Train and just like previous releases, this is also focused on a dumb way of doing something. This time, your task will be to guide blobby creatures to their destinations by drawing various lines and shapes. You will most likely die a few times before you get the hang of it, but once you do, the game will most certainly grow on you.

Armored God is a dark themed MMORPG game where monsters serve as allies in endless battles and raids. Up to three Friends can team up to fight opponents. The game boasts amazing graphics and a well-developed storyline.

Monster Duo is just like Mahjong, and your task will be to match a pair of monster tiles using three straight lines or fewer. Unlike classic Mahjong, this one is a bit trickier and the difficulty ramps up the more you play. It is a good game for family and friends.

War Dogs is a free dogfighting game, in which players’ battle for control of the skies with World War 2 themed fighter jets. It features 24 types of aircraft from the main combatants in the actual war i.e. Germany, Japan, USA, England and Russia, and players get to choose which side they want to fight for.

Onslot Car is another of those car racing games that only stands out because it’s set on a different course than the next racing game. Other than that, it is just your regular racing game with a fancy title. You should try it if you enjoy racing in a variety of themes and courses.

Fishing Paradiso is a fun and educative type of game in which players build their fishing skills while learning of different types of fish species. But it doesn’t stop there as the storyline gets more complex with each successfully completed task and goes on to include rockets going to outer space, tropical islands, angels and a host of interesting characters.

In Merge Empire, you simply get to grow your Kingdom by hiring workers and merging them to make new crafts and thus more versatile workers that are able to more effectively grow your Kingdom. The game is simply a lesson in planning and patience.

Hopefully, this list makes it known to you what are the best Android Games in May and which ones you should try out. Gaming is fun and to get the most of your gaming experience, it helps to have your smartphone or tablet at optimal performance. To help with this, we recommend AndroidCare. Androidcare will secure your files, improve your smartphone speed, remove redundancies and restore system stability.