Home » Mac » What Are The Best Security Software For Mac?

What Are The Best Security Software For Mac? 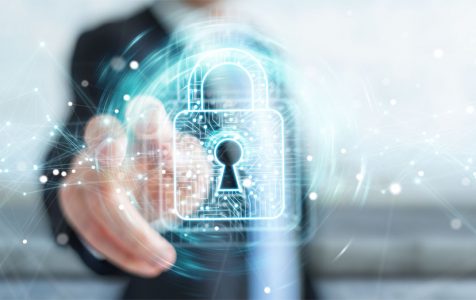 Sorry Windows users but Macs are simply more secure than your PCs. Let’s just say that it’s one of the advantages of Macs over Windows. Of course, Windows devices have their own advantages over Macs, but we’re not here to talk about these right now.

Mac users don’t rejoice just yet. True enough your Mac is more secure than its Windows counterpart, but we it’s not totally secure. After all, why are there different Mac security software on the market?

Let’s take a look back at Mac’s history. Ever since the assembly of the first Mac, it has been susceptible to viruses and malware. Elk Cloner, one of the first ever viruses, infected Apple DOS 3.3 operating system in 1982. It was embedded in a game saved in a floppy disk. While it didn’t cause deliberate harm and was developed more as a practical joke, it was considered successful because of the fact that it spread and there was no antivirus available for it back then. Fast forward to 2017, it was reported that the number of Mac malware increased by 270 percent. To cut things short, Macs are not completely invulnerable to cyber attacks and without security software, your Mac is susceptible to dangers.

Here’s the thing, when we say Mac security, it does not always concern malware and virus. Other security threats include physical ones, including theft. The good news is that there are also programs for this kind of danger.

The Best Security Software for Mac

Below, we list down the top third-party security software that you can get for your Mac. Note that these are listed in no particular order, as they offer different forms of protection and are not necessarily under one category.

For your Mac to continue being a secure device, it needs to be in tip-top shape at all times. This is the goal of Outbyte macAries. As a Mac cleaner, it scans your Mac for all types of junk, optimizes the RAM to clear room for active apps, recommends tweaks to save energy, and eventually, helps eliminate unneeded and unused apps.

Considered as one of the best antiviruses for Mac today, Bitdefender comes with a suite of outstanding features including a multi-layer ransomware protection. It also performs adware removal. As an added feature, it also scans for Windows PC malware, which you may find helpful if you also run Windows on your Mac.

It’s not very quick when it scans, but that’s because it digs deep into your Mac’s ecosystem to make sure that it is entirely free from viruses and malware. ESET Cyber Security also comes with parental controls and a competitive price tag.

Should your Mac be stolen, you won’t have to worry a lot if you have this installed. Once you report your Mac is stolen and the program is activated remotely, it will pinpoint your missing Mac’s location using Wi-Fi network. You will also get a detailed report via email. Anti-Theft is also integrated with iSight, so it can take snapshots of the suspect without them noticing.

This is also an anti-theft software but with additional features. Aside from determining the location of the missing device and taking snapshots of the burglar, it also has scary tactics to deter the criminal, such as making your Mac shout.

This program protects your Mac against unauthorized use and logins. It is designed to be on the lookout for unusual activities like when someone tries to break your password. Once it detects any unfamiliar activity, it will wake up and record what’s going on. It will also take a photo of the scoundrel using iSight.

So, what are you waiting for? Get them today!