Home » Mac » How to Maximize Siri on Your Mac

How to Maximize Siri on Your Mac 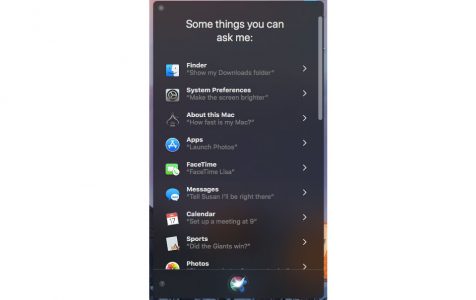 Contents hide
What Siri Can’t Perform on Your Mac?
How to Activate Siri on Your Mac
How to Create a Custom Keyboard Shortcut to Launch Siri
How to Activate “Hey Siri” on Your Mac
How to Use Your Keyboard to Talk to Siri in High Sierra
How to Tell Siri to Use Google Instead of Bing
How to Tell Siri to Set a Reminder
How to Ask Siri to Add a Calendar Event
How to Ask Siri About the Weather
How to Pin Results from Siri’s Search
How to Screenshot Siri Results
Other Things You Can Ask Siri
How to Disable Siri on Your Mac
Quick Fix

Before 2016, you can only talk to Siri through your iPhone or iPad. But with the introduction of macOS Sierra, Apple decided to finally allow Mac users the benefit of Siri’s assistance. Since then, Apple’s very own voice-controlled AI has been helping Mac users accomplish various tasks as their personal digital assistant. However, if you are a new Mac user, you might find that the Siri app is somewhat different from its iOS counterpart. So, in order to use and maximize Siri well, you need to know what it can and can’t do on a desktop or a laptop ecosystem. In this article, we’ll try to fill you in with info and tips on how to use Siri effectively on your Mac.

What Siri Can’t Perform on Your Mac?

Before you ask Siri to do something for you, you need to set your expectations straight. While this AI has been publicized that it can automatically do anything for you, the fact is that it can’t. Anyway, here are just a few of Siri’s limitations:

How to Activate Siri on Your Mac

Now that you have an idea what you can expect from Siri, go ahead and try asking her stuff. But first, activate the feature through any of these ways: 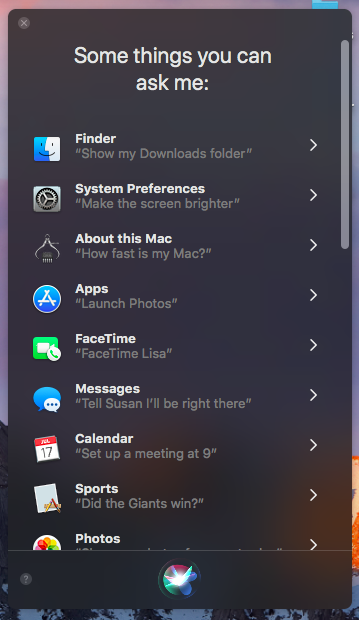 How to Create a Custom Keyboard Shortcut to Launch Siri

The default shortcut for launching Siri uses the same buttons for launching Spotlight, so you might find it a bit troublesome at times. Although you can launch Siri through Spotlight if you happen to launch the latter instead the former using the Command + Space shortcut, we thought you still might want to have a custom keyboard shortcut dedicated solely for Siri. So, here’s how to do that:

How to Activate “Hey Siri” on Your Mac

Siri’s primary purpose is to make your life easier. To realize that even better, you can activate Hey, Siri, which basically allows you to wake Siri up without touching your keyboard. This is not a default option, though, so you need to set it up. Here are the steps how:

You can now try launching Siri using the voice command you set. Note, however, that if you have Hey Siri activated on your iPhone, and you also use “Hey” on your Mac, both Siris could be woken up. So, consider using a different word on your Mac.

If you’re more of a typer than a talker, you can enable typing to Siri instead. Here’s how: 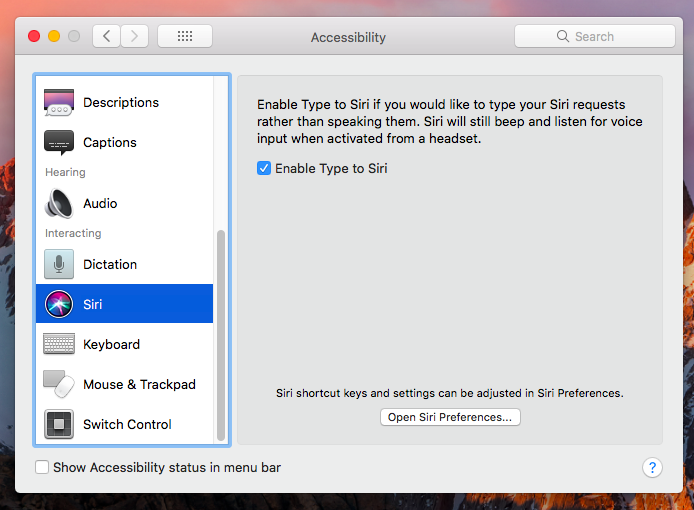 This way, a keyboard will appear once you wake up Siri.

How to Tell Siri to Use Google Instead of Bing

By default, Siri will use Bing for her online search. But if you’re a Google fan, you can have her join you in this plight. While you can’t change the default search engine, you can tell Siri to “search with Google.” Next, she will likely ask back what it is that you want her to search for you.

How to Tell Siri to Set a Reminder

Unlike your iPhone, Mac doesn’t have a Clock app, so you can’t ask Siri to set an alarm or timer. But, you can tell her to remind you of certain things. For instance, you want to continue reading an email or webpage later, you can tell Siri to remind you of it at a later time. Simply activate Siri, then tell her something like, “remind me of this tomorrow.” This will prompt Siri to create a Reminder entry, with the link to the webpage or email. 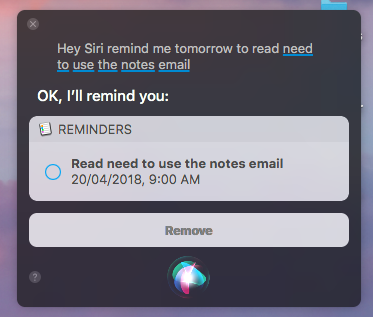 How to Ask Siri to Add a Calendar Event

Since Siri can be used in the Calendar app, you can ask her to create an event for you. Just do the following:

How to Ask Siri About the Weather

Siri can process a wide variety of questions about the weather and show you related data. Some of the questions you can try include:

How to Pin Results from Siri’s Search

How to Screenshot Siri Results

If pinning results in the Notification Center isn’t enough, you can screengrab and save them as an image instead. When you grab and drag the top bar of the search results box shown by Siri, the result will be turned into a PNG file, which you can drop to a Finder window, Microsoft Word, or another word processor.

Other Things You Can Ask Siri

The trick to knowing what Siri can do is to just try. Who knows, she might be able to perform the request you have in mind or provide answers to your burning questions. But, to help you get started, here are other things you can ask Siri:

How to Disable Siri on Your Mac

You might be thinking that throughout this article we’ve been establishing how useful Siri can be, then why are we suggesting that you disable it? Well, there are several reasons why you would no longer want Siri’s assistance. For one, you might not like the idea that an artificial intelligence has access to practically anything that’s on your Mac and even beyond it. While Siri is a pretty secure tech, you can never be too sure when the next big cyberheist will happen and what apps and programs will be compromised.

From activating to disabling Siri, we hope that this guide helps you get the most out of this Apple-exclusive feature. Got other Siri-related tips and tricks to share? Let us know in the comments!