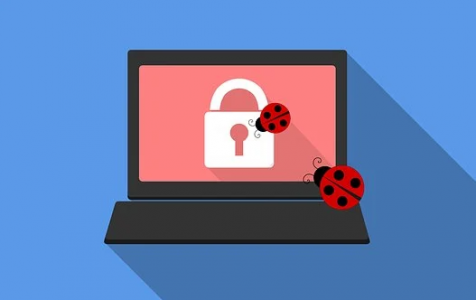 Information security threats can be divided into two types: natural and artificial. Natural factors include natural phenomena that do not depend on humans, such as hurricanes, floods, fires, etc. Human-made threats depend directly on the person and can be deliberate/intentional or unintentional.

Unintentional threats arise from the carelessness, inattention, and ignorance. The installation of programs that are not necessary for operation is a bright example. Such programs can further disrupt the operation of the whole system and lead to the loss of information. Intentional threats, unlike the previous ones, are created on purpose. These include attacks by malefactors, which result in the loss of funds and intellectual property of the organization.

However, intentional Web threats, which we’re going to discuss, are dangerous not only for large corporations and state departments but also for ordinary people. Yes, it’s much easier to steal your bank accounts, passwords, private correspondence, documents, and the like than deal with professional protection of some company’s resources.

Anyway, the Internet is full of threats and hackers, and the importance of information security cannot be overestimated. That’s why today, we’d like to list the five most wide-spread and hazardous information security threats you can face both in everyday life and in your professional activity. Let’s get started!

Phishing (formed by analogy with familiar fishing) is nothing else but an attempt to catch «confiding fish». This is one of the oldest ways to obtain and steal confidential information on the Web. The activity generates billions of dollars from the simple carelessness of IT users.

Earlier, frauds shot blindly by using mass spam mailing in the hope that someone will bite. Now, with the growing popularity of social networks and companies’ marketing and ad programs, such mailing became targeted. It can contain stolen personal information, which hides a dangerous hook pretty well.

In the classical version, the algorithm is simple. Hackers create a website as similar to any official resource of a bank, antivirus, mail or Internet service as possible. You get an invitation to correct data, confirm a password, etc., on your personal mail or phone number. Once you click on the hyperlink, it’ll direct you to the twin site, the purpose of which is to get your information (password and login) from the fields filled in the form.

The general term «virus» actually means a malicious code capable of multiplying independently and penetrating computer systems’ documents and codes. As a rule, viruses get into your laptop through the mail or when launching dubious programs, and their masking with a cipher or protection seriously complicates detection. Very often, the user himself opens the entrance for such codes when he agrees to run the exe-file, ignoring the warning of antivirus programs.

A computer worm is a type of self-replicating malware that exploits security vulnerabilities. Penetrating the local network, they scan it and look for other workstations with similar vulnerabilities. This mechanism allows worms to spread to the vast majority of computers on the network in an extremely short time. The original property of worms is the ability to spread without user intervention actively.

Both types of information security threats can encrypt, prohibit access, or even destroy the information on your computer.

Spyware is primarily aimed at corporate spying and plays a special role in collecting confidential and commercial information from companies and even states. Still, the software can also seriously damage common people like us. The most popular and dangerous options include keyloggers, screen spies, and browser request interceptors.

Keyloggers can monitor and record the keys pressed by the user. The attacker often combines such software with more complex modules that record the address of bank websites. When you enter your name and password, this information is automatically forwarded to hackers to allow them to use your bank account. Such spies can access all apps and extract information from internal portals, messaging programs, and databases.

Screen spies can complement previous software by associating keystrokes and mouse clicks with a screenshot.

Though this malware is as old as the world, it still stays more than an up-to-date problem for information security.

Trojan enters computers through seemingly harmless applications. It’s enough to click on an ad banner or set a codec for a video clip. The principle of work is similar to the ancient legend. The software needs a confiding user, and then it opens a hidden port, connects to the attacker’s server, and downloads malicious programs that are needed for a specific task – hacking, theft, blocking, etc. Everything happens quietly and without noise. Trojans very rarely contain malicious code because their tasks are not information destroy but theft.

During a DoS attack, hackers try to temporarily paralyze a particular server, overload the network, or overflow a disk. The aim of the attack is to disable the computer or server and prohibit access to information, memory, disk space, etc.

If frauds don’t use the software vulnerabilities but prefer sending huge information packages simultaneously from numerous computers, specialists call it a DDoS attack. To organize DDoS attacks, cybercriminals use a botnet, i.e., a special network of «zombies»-computers infected with a special type of virus. An attacker can control each computer remotely, without the owner’s knowledge.

As you can see, DoS and DDoS attacks are a great danger for corporations and large businesses. However, if your computer will become a part of this army controlled against your will, you’ll suffer a lot too.

Though information security threats can provide us with lots of unpleasant hours, we have many protection ways.

Please mind that first of all, your information security depends on your Web behavior culture. Always pay attention to a suspicious email, offers, banners, check programs you download, and don’t neglect efficient but straightforward protection measures.