Google is Shutting Down Google+ After Major Data Breach

Google Plus is closing shop this coming August 2019.

The announcement came after Google disclosed the data leak which affected 500,000 of users last March. While Mark Zuckerberg was being grilled for harvesting Facebook users’ personal data for Cambridge Analytica, Google itself was also dealing with its own security problem.

It has been discovered that there’s a bug in the API for Google+ that gave access to third-party app developers to data of its users, as well as their friends. Sounds familiar? That’s because it’s the same problem that got Facebook in trouble in the first place. The scenario is the same, however, Google chose not to disclose the problem to avoid the torment Facebook has gone through.

But in an announcement earlier this month, Google, through its Vice President of Engineering, Ben Smith, admitted to the data leak. The leaked data included the names, email addresses, age, occupation, gender, age, and phone numbers of Google+ users. The bug was discovered through Project Strobe, which involved a thorough review of third-party developer access to Google users’ data, including privacy controls, non-active platforms due to privacy contents and other areas where security policies needed to be enhanced.

One of the findings of the project revealed that Google+ was not able to achieve broad consumer and developer adoption and that there was very little user interaction with apps. The social media platform also has very low usage and engagement, and 90% of its users leave the platform in less than five seconds. Hence, the first action that Google decided on is to shut down Google+ for consumers. Although the bug was already fixed last March and Google did not find any data misuse, it felt responsible for the breach, so the company decided to shut down the social media platform permanently.

Google+ was launched in 2011, at a time when people got fed up with Facebook. Google started the initiative by implementing a closed invite strategy that made people curious about it. The launch was so successful that in 2013, two years after Google+ was launched, it already had 300 million active monthly users, even bigger than Twitter’s user base of 230 million at that time.

The complete shutdown is scheduled for August 2019 to give users time to adopt to the transition, so users can use the 10-month period to download and migrate their data. To cope with the demise of the social media platform, Google+ users can download their data and then delete the account. Here are the steps to do it: 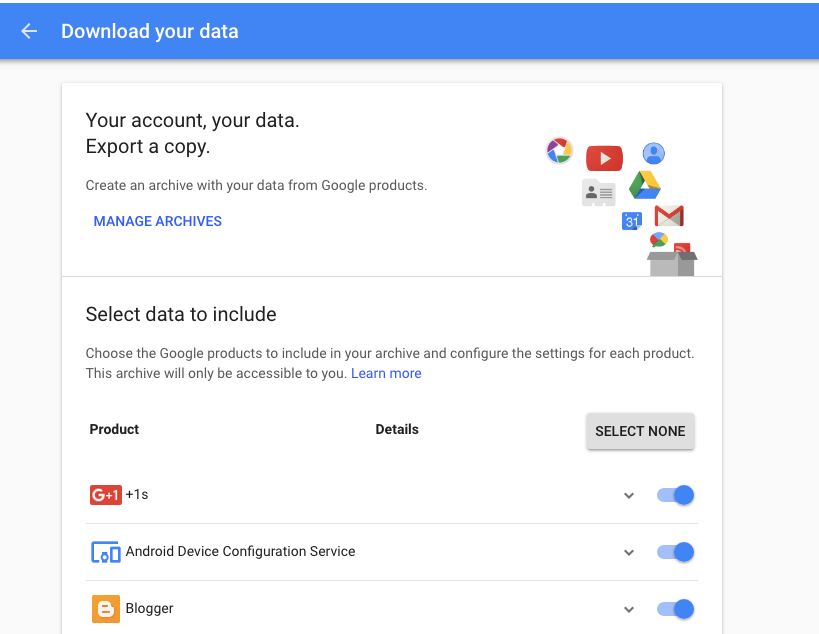 Once you have downloaded everything that you need from your Google Plus account, the next step is to delete it by following these steps:

If you have the Google Plus app installed on your phone or tablet, you can either disable or uninstall the app. To delete the Google Plus app, go to Settings > Applications & Notifications, then choose Google+. Next, tap Uninstall (or Disable for devices where deletion is not possible).

Tip: Deleted apps and data are not totally deleted from your device even if you have uninstalled the app. For security purposes, make sure all your junk files are deleted by using an app such as Android cleaning tool.

Keep in mind, however, that deleting your Google Plus account is permanent. You can never bring it back. So think carefully whether you want to terminate your account now or just wait for the whole platform to die out.

But although the consumer version of Google+ is shutting down soon, the opposite is true for its enterprise side. In fact, Google is planning to launch a couple of new features designed specifically for businesses.